Sustainability and the future

Sustainability is the ‘buzz’ word of the moment – as we wake up to the detrimental effects of mass consumerism on our planet.   Our oceans are awash with plastic, choking our marine life and we create so much rubbish that landfill sites are barely able to cope.   What future are we creating for the next generation?

So what does being sustainable really mean? According to the Oxford Dictionary being sustainable means ‘conserving an ecological balance by avoiding depleting natural resources’.  In other words we need to operate in harmony with the natural world and preserve our planet for the future.

Recently, TV programmes such as David Attenborough’s ‘Blue Planet’ highlighted the catastrophic levels of climate change and what impact this could mean for human populations and the natural world. We live in a finite world of resources yet we act as if there will be an infinite supply of natural resources.

Finally the general public and big businesses and governments are beginning to wake up and act more sustainability; to recycle more and to respond to a warming world by embracing climate actions that will make a difference.  This is in no small part due to the huge global publicity created by Swedish climate activist Greta Thunberg who has kept the issue of sustainability and the climate in the public eye with her school strikes and presentation to the UN.

In Ireland, the government has published a ‘Sustainable Development Goals National Implementation Plan 2018 – 2020’. This plan aims to provide a an integrated governmental approach to implementing 17 goals which aim to end poverty, combat climate change and ensure that we leave peaceful, just and equal societies for future generations.

Large corporations are also getting behind a greener future too, with the introduction of electric and hybrid vehicles, renewable energy sources and the development of smart homes.

The general public can also do their small part in acting sustainability, by recycling more, using less water, ditching plastic packages, shopping locally and using public transport. Here are a few tips to get you started

A proactive way to tackle your waste is to simply refuse to use take-away coffee cups, disposable paper plates, straws, paper towels, razor blades, toothbrushes or even disposable nappies. Use eco friendly alternatives, with material that can be used time and time again.

Next time you’re buying fruit and vegetables try to choose as much plastic-free or loose as you can. Some supermarkets are now offering the opportunity to remove your plastic and put it in bins before you leave.

Waste food continues to be an issue, with over a million tonnes of food wasted in Ireland every year.

Buying less and buying loose (for example, fruit and vegetables) may allow you to lessen the waste that you may have from multipacks. Freeze food such as fish and meat so that you can defrost as you need it.

Juicing or making soup from vegetables that are turning is a good way of reducing food waste, too. And remember, one of the most effective ways of reducing your carbon footprint is to reduce your consumption of meat.

Try integrating a ‘Meatless Monday’ into your week.

Did you know that an average shower dispels 10 litres of water per minute? So a 15-minute shower will use, on average, 150 litres?

Cutting your shower time back by five minutes could save 50 litres of water.

Imagine how much water this will save over the course of a week, a month or even a year if everyone in the household plays their part!

Turn the thermostat for your living areas down to 20°C. The temperature in hallways and bedrooms should be cooler, ideally between 15-18°C. You can reduce your heating bill by 10% by lowering your room temperature by just one degree. 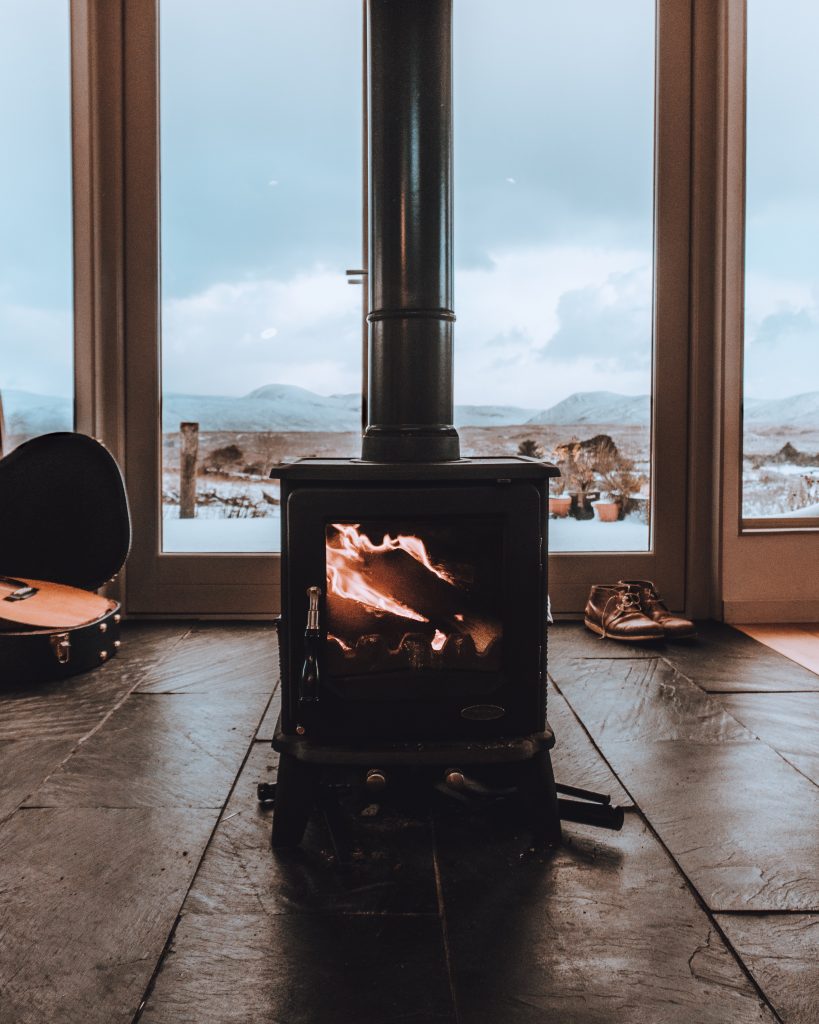 Switch to using renewable sources of energy for your open fire, such as wood logs, or even better, use an energy-efficient stove to make your fuel last longer.

If possible, replace your open fire with a wood stove or wood pellet burner as they are more efficient.

Turn off the power

Plug your phone out once it has been charged. Many people charge their phone during the night, which means it drains power unnecessarily.

LED TV’s are increasingly energy efficient, but don’t forget to fully turn it off as leaving any household appliance on standby could use up to 20% of the energy it uses when switched on.

Reduce your tumble dryer use and resist re-boiling the kettle several times.

Use your car less. Trade a car journey to a business meeting for a Skype meeting instead.

Trade the car trip to work for walking, biking, car-pooling, or using public transport. Buy hybrid or electric vehicles and avoid buying diesel which will are due to be banned from banned from urban areas in a few years.