Lisdoonvarna – the village made famous by Christy Moore’s iconic  song- boasts one of Ireland’s biggest and most successful festivals. The Lisdoonvarna Matchmaking Festival which happens every September is famous all over the world, with crowds of over 80,000 people gathering.  Most come for the dancing, the craic and many to find love at what has become Europe’s biggest singles event’.

For the month of September the sleepy village of Lisdooonvarna is transformed into a carnival like atmosphere with the streets, decorated with bunting, and people spilling out of pubs and clubs to enjoy music and dancing, whatever the weather.

For many, the star attraction is Matchmaker Willie Daly – the resident matchmaker who has been matchmaking for over 50 years. Willie has a tiny office in the Matchmaker Bar – where hordes of people come to touch his lucky matchmaking book and hopefully find love.  He claims to have matched thousands of people in his five decades as a matchmaker – a tradition he is passing down to his many sons and daughters.

While finding love is one of main reasons people visit Lisdoonvarna, the music and the dancing is also a big draw, especially for the thousands of people who come back every year. There are 15 venues in the village, all with music every day from 11am in the morning to late at night.  There is nowhere else in Ireland where you can dance continuously for a whole month – you will need to pack a lot of comfortable shoes if you are serious about dancing in Lisdoonvarna.

All musical tastes are catered for including country and western, traditional, pop, easy listening, 1960s, 70’s, 80’s, to the current day, with people from aged 18 to 90 all mixing happily together on the dance floors. 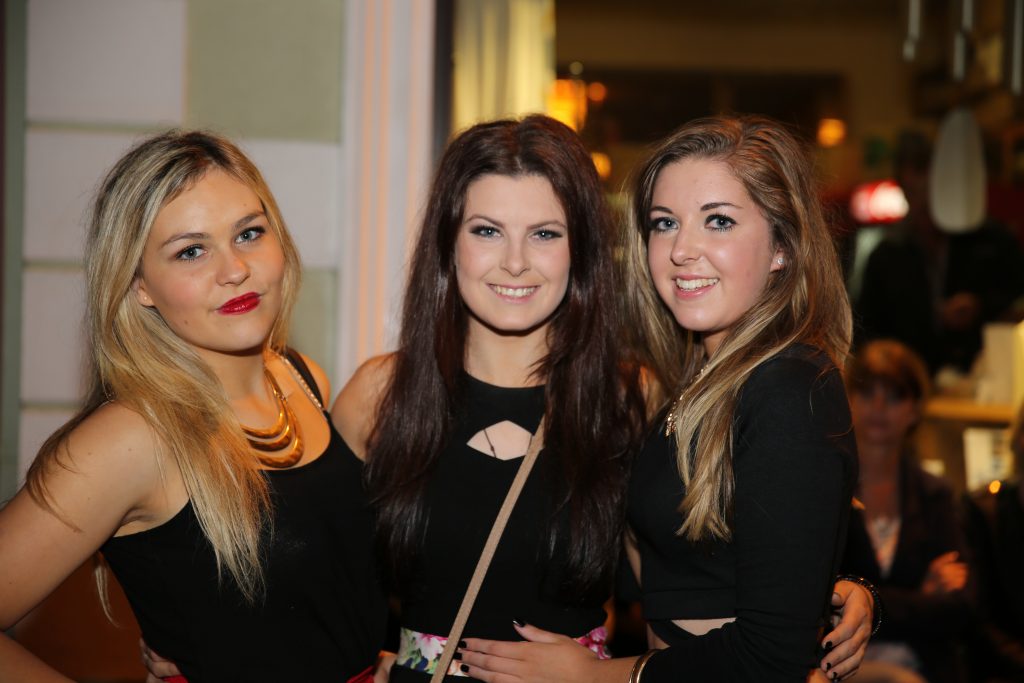 In recent years, country music has completely revitalised the festival, bringing a much younger crowd into the village. Ireland’s big country music stars such as Nathan Carter, Derek Ryan, Mike Denver and Cliona Hagan are regulars at the festival and attract a huge following which have really boosted numbers.  So successful are these events that they sell out every year. 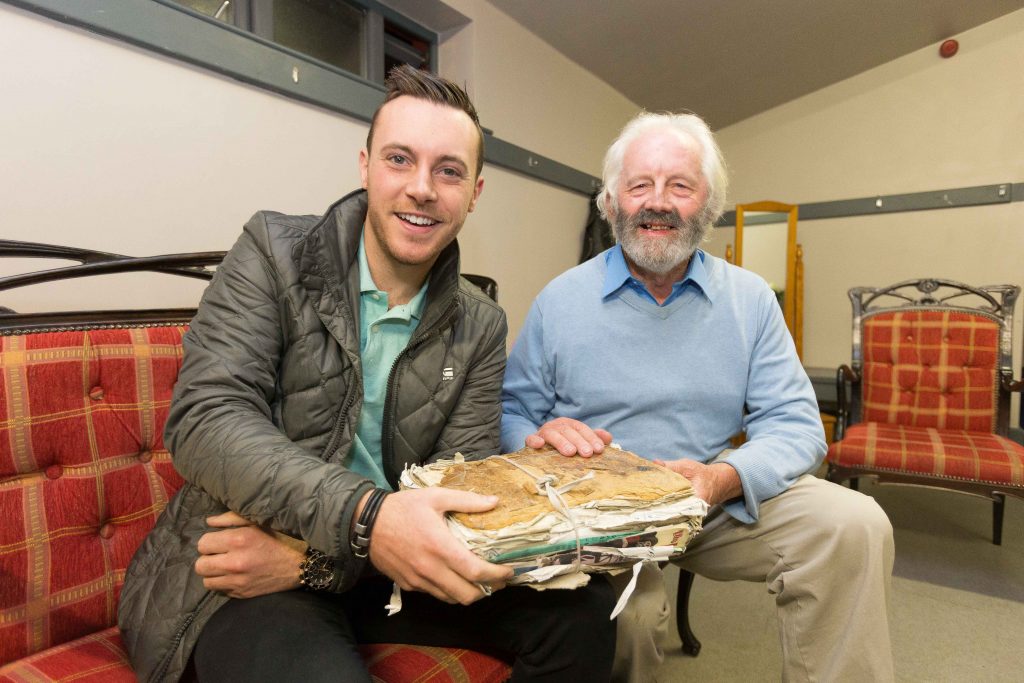 Since the festival began over 160 years ago, it has evolved completely. In the old days the main attraction of Lisdoonvarna was that it was a spa town and reports of its waters and their benefits date back as far as 1740. The spa twin wells are located on the banks of the River Aille. The Lisdoonvarna waters come from an unusual source, as both sulphur and iron water gush from the same rock. Tourism in Lisdoonvarna developed around the spa and in 1887 The West Clare Railway, opened a train station in Ennistymon, (just 12,2km from Lisdoonvarna), which contributed enormously to the development of the spa and the town.

Many local characters were connected with the wells including legendary ‘Biddy the Sulphur’ from the Gutherie family. By 1888 she was dispensing from a little pump-house and hotels were competing with each other for business and people from every walk of life mingled around the wells. 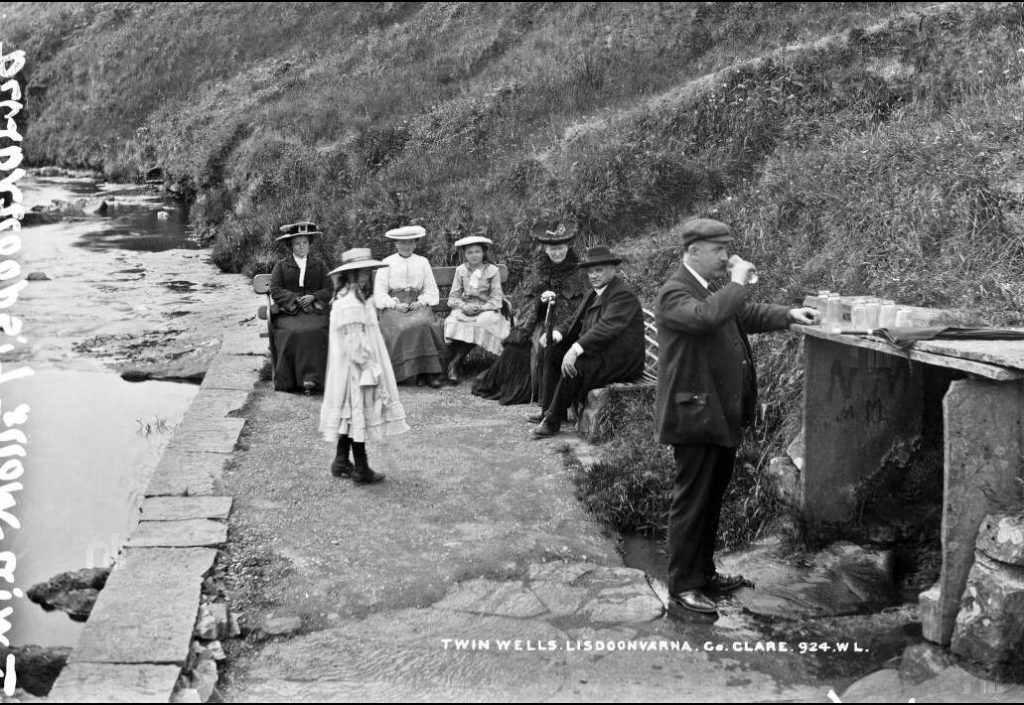 The spa drew so many visitors that were on holidays and relaxed that very soon romance joined the equation and finding a partner became one of the main activities of Lisdoonvarnas’ holidaymakers. September was, and still is, the peak month of Lisdoonvarna’s holiday season and in the old days with the harvest safely in and money jingling in their pockets, well-heeled farming families and bachelor farmers flocked to Lisdoonvarna. In rural Ireland in those days, marriages were arranged between two eligible families rather than between individual men and women, and for such ‘deals’ the expert services of a matchmaker was often required to negotiate the intricacies of trading land for dowries while also taking into account other attributes like ‘beauty’ and ‘farming skills’.

In the west of Ireland, a good match meant keeping the farm in the family. In this spa town, where wealthy families gathered, matchmakers flocked and prospered while negotiating matches and Lisdoonvarna became ‘the in place’ to find a match. By the early 1840s the impromptu matchmaking at the spa developed into the month long ‘Lisdoonvarna Matchmaking Festival’.

Today’s festival continues the old traditions while blending with the new  and looks set to carry on for many years to come.